I daily vlogged for 55 straight days in 2017. It was difficult. Here are some of the things I learned.

During this time, I have used a few different microphones and setups. This is the current setup that I will be using for the foreseeable future. As you work daily with gear, you know rather quickly if it’s going to work out for the long haul. This current setup has been used for over a week now and I’m not itching for anything new (other than a drone, but who isn’t?).

iPhone 6s – http://amzn.to/2rZzn09
Shoots 4k, cheaper than 7, has headphone jack without a dongle. If you buy a used or refurbished one you can save quite a bit of money. Check out Gazelle to see what they have. If you use an external microphone, you’ll probably have to use Airplane Mode which won’t make your phone much of a phone. I ended up using my old iPhone 4s as a cell phone for texting and calls and my iPhone 6s is permanently in Airplane Mode. It works great, but may not be the best rig for you.

iPhone Wide Angle Lens Adapter – http://amzn.to/2txY6dO
There are lots of these out there, mine has a tight clip and stays in place really well. I recommend the tight clip. You want this to stay in place as much as possible.

Rode VMGO Video Mic GO – http://amzn.to/2s06f94
Looks cool and also brings attention. This is a must! Just Kidding. The sound is good. I have to increase Audio Gain in Premiere Pro, but it works consistently. I had this microphone for my DLSR and I used the mount below to get it to work with my iPhone now. Use Airplane mode to eliminate audio hums from Cellphones, LED Monitors, etc.

Rode SC7 3.5mm TRS to TRRS Patch Cable – http://amzn.to/2suvl3e
This is the cable to connect a Rode Video Mic Go to an iPhone, probably other smartphones too. It’s simple, worked perfectly. My 4-year-old son has put it to the test by stretching it and wrapping around things and it’s still working. Matching the Go microphone which is a plus.

Manfrotto PIXI EVO 2 – http://amzn.to/2rGVRDT
This little tripod is so handy, even if you are not vlogging. It looks incredible, has tons of features and it really well made. I would recommend not getting the white version. It already should a lot of dirt from handling it every day. Go with the black or gray model!

Ztylus Z-Grip Universal Smartphone Mount with Hot Shoe – http://amzn.to/2ty4fH7
This works really well. I’ve had other versions that use a spring method and have worn out quickly with the daily use. This has a screw on the front that allows you to tighten it into place. Get this one even if you don’t plan to use the hot shoe, it will come in handy one day.

Filmic Pro App – http://www.filmicpro.com
I use this sometimes for more control over the shot. I find the built-in app easier to just get quick shots. However, sometimes you want to lock in certain settings and this app does that well. If you have the time to set everything ‘.

GoPro I also have a GoPro Hero 4 Black which I use for certain shots. I would recommend the newest one that is out at the time you are looking. Just get the most recent. You’ll thank yourself. There are a lot of accessories out there for GoPros, here are some that I think will help with vlogging specifically.

JOBY GorillaPod – http://amzn.to/2rGp5CQ
You’ll be called a Casey Neistat copy-cat but whatever, these things are so handy, especially when you are out and about. I have the 11.5 oz model attached to my GoPro which is a perfect mini-rig.

SOONSUN Frame Mount Housing Case – http://amzn.to/2sYxYfi
This is a good housing so you can attach the GoPro to tripods, etc and still maintain access to the microphones – unlike the underwater housing.

Tripod Mount Adapter – http://amzn.to/2suH8P0
This is great quality for the price. Allows you to connect your GoPro to your tripod, and other cool gadgets. 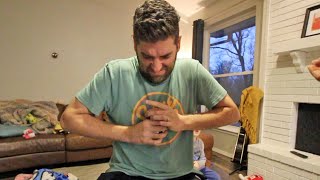 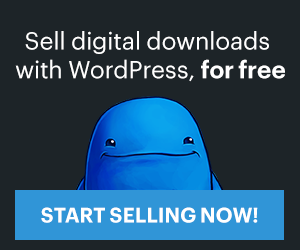